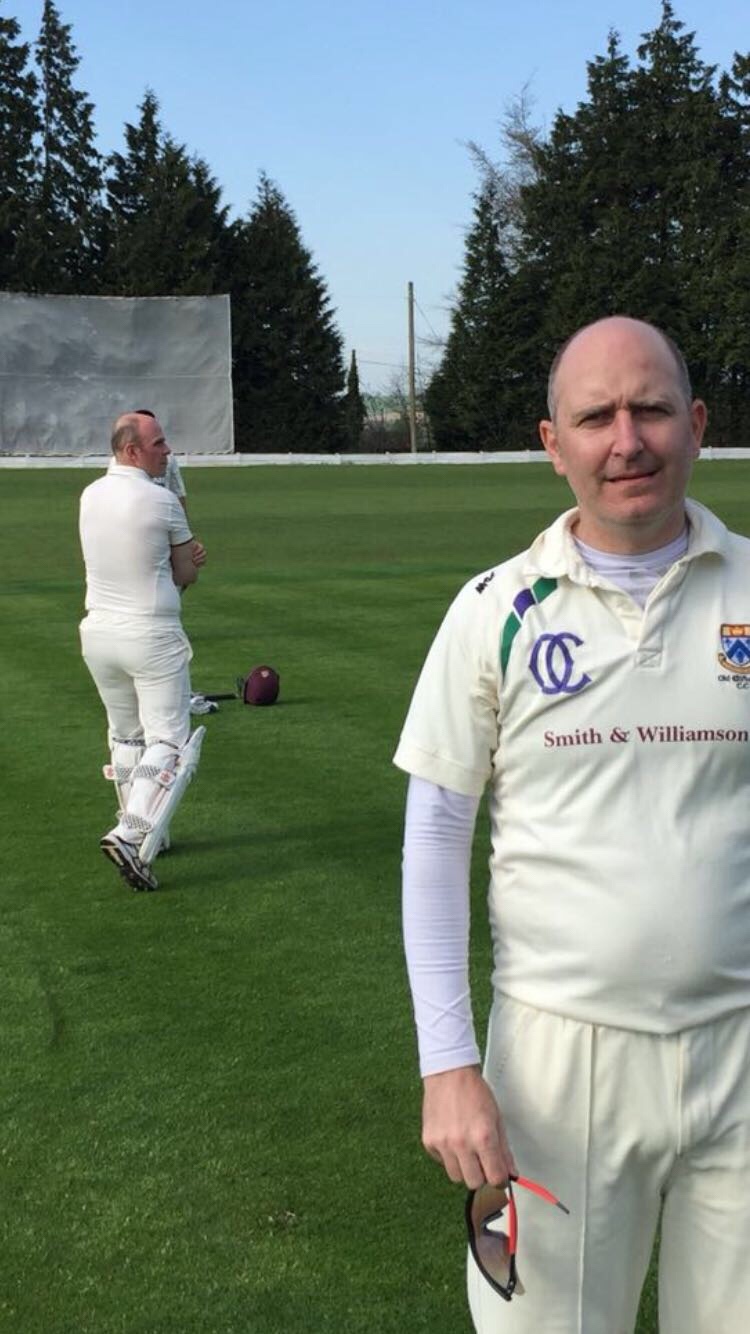 Saturday saw the 1St XI’s opening friendly fixture for the season, travelling 90 minutes to North Perrott, a lovely ground and a team who last season finished second in WEPL Somerset.

With rain in the air, OBW were inserted on a damp looking wicket, Rupert Swetman opening up with new recruit Ricardo de Nobrega from Perth. Having been greeted by a beamer from their overseas player second ball up, Rupert Swetman played a delightful innings of 125, ably supported by Ricardo who scored a very promising 74. Running aggressively between the wickets and punishing the bad ball well, the pair batted beautifully, hopefully this will be the start of a wonderful relationship…

Their excellent partnership was followed by a pair of Harris spectacles, but some good hitting from Will Penny (20), Stu Mac (25) and James Ribbons (23) enabled a declaration of 284-7 after 45 overs. This was not purely down to Orrsy and Griff not fancying a bat, but primarily due to a ridiculously slow over rate from the oppo and thoughts of Jamie King’s party later that evening…..

A bountiful tea followed with a fine selection of cakes and scones, this was never really going to help our cause in taking 10 wickets. This was evident in Stu’s first over which took 21 minutes to complete, he does like to get his money’s worth and is never really satisfied with just the six balls in an over.

Following the declaration we had originally pinned hopes on the opposition matching our 45 overs, however our bowlers had different thoughts and decided to rearrange to a 56 over format to really test ourselves. I am sure Stu and Omer are very sore after the 36 extra deliveries between them!

It was fair to say the Perrott boys were certainly better at batting than bowling, and they decided to tuck into our bowling in a similar fashion to our bowlers tucking in at tea time, Retter in particular punishing anything overpitched or wayward for an aggressive 78.

Decent spells from Orrsy (1-41) and Griff (1-47) in the middle overs stemmed the flow after the initial onslaught against the seam attack, but the game changed in one Will Penny over when the 14 year old umpire called him for a wide. Ben Harris, who kept very tidily throughout, took the ball with a full length dive, the ball hardly making the cut bit. Will politely questioned the decision as he knew the importance of this one run at the time, but alas it stood and that crucial extra run remained. Stu decided to give Will a well-deserved rest after a good spell, probably in an effort to ensure we retained the fixture for next season.

It is certainly the case that our overs did seem to last forever, with the evening’s party and long drive home in all of our minds. In all honesty it proved to be a very good wicket and Perrott conducted a fine run chase, Horlow with a chanceless 98* seeing them home with 5 balls to spare for the loss of 3 wickets.

This can be looked upon as a great pre-season game against decent opposition. Very encouraging from Roo and Ricardo, who looks a very useful recruit, and great for some of the middle order to get some time at the crease. A decent run-out for the bowlers against some good batters who punished anything wayward, ably assisted by too many extras. We must look upon this as getting some rustiness out of the shoulders, and try to minimise these before the league campaign starts.

Just me View All Posts

This site uses Akismet to reduce spam. Learn how your comment data is processed.